The Crack of Dawn 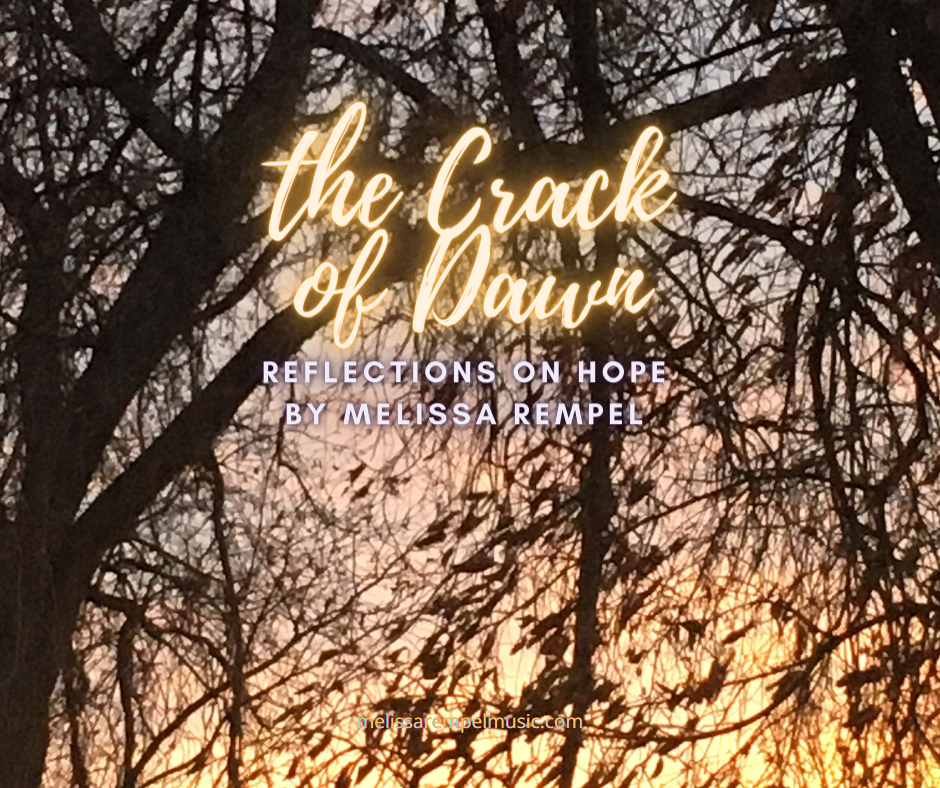 I am awake. Literally. It’s one in the morning and sleep did not come. It is as though in its place I feel the full weight of the anxiety of the last 21 months in full force. The dark outside, and that within are too much in tandem. The uncertainty of everything hit, and I wonder useless things, like what happens if my life partner leaves to go to work and doesn’t come home? What if Covid restrictions get more stringent? What if this world’s corrupt politicians keep abandoning their humanity? There’s so much despair in the end possibility. Especially if I listen to the voices that hold humanity in a separate space from her Maker. Because that message is hopeless. O, they will argue that they have hope… but is it really hope if the world goes to hell in a hand basket? Moreover, we were already given the perspective of Salvation, in the person of Jesus. So is not this standing and watching, certain “she’s gonna blow” and waiting for the rapture a little, well, a bit of an abdication of the role bestowed on us by the Maker?

Where does this fear, trembling, and treading water frantically and screaming for rescue, fit in a world view that includes a Maker who gave us the will to choose… not just what we will do, but the very things we will imagine, create, call into being? If we can do these things in our own healing journey to maturity, why do we not embrace responsibility for our contribution to the state of the collective consciousness? Is that not a denial of our reality, a rejection of that which is in All and through All, our very Source? How is it that we see him as powerful enough to change the world in the blink of an eye, but not powerful enough to create oneness in all he gave breath to by way of his own? Why do we think that reconciliation was a post-dated cheque when every time it was mentioned, it is either present or past tense?

Authority is a funny thing. Some mistake it for power. It isn’t. It is personally held autonomy. It is choice. If one is over me, I have put them there. I have granted them the space to make my choices for me. Some believe a role, or a title makes them an authority. Not so. For each person yields autonomy to allow one to rule over another. Society muddles the lines of this with it’s public programs and tax run systems, but that is the physical. It is not the spiritual. All throughout history, humanity has mistaken power for authority. We have looked at the weapons, the money, the force used against us, and called those who wield injustice the authority. Every now and again, allegiance wanes as someone with larger weapons moves in to free us from tyranny and replace it with another system. Gentler at first, so that it feels like freedom. But it ultimately comes with some form of debt. A price. A loss of autonomy.

And a loss of personal autonomy seems to inevitably lead to the break down of a culture in which one has another’s back. In short, it creates disparity and greed, as fear is wont to do. And suspicion is bred where trust and unity once dwelt akin to peace. Community disintegrates in these conditions. Love is lost.

How do we get to “us” and “them” when our Source is clearly indivisible, and we are sustained by it. Even if your paradigm includes no God, no spirit… our earth is driven by energy, seasons, symbiotic ecosystems, it revolves around the sun… is lit by the moon at night.  Our very existence is together, and our study of the world increasingly highlights the interdependence of all life upon this sphere. Interdependence points to oneness. And in oneness lies our power to take back our authority.

We are not helpless. We are not subject to the inevitable repeat of history (there are some in the great cloud of witnesses who would say that the “end” people keep saying is coming has already taken place in a century much closer to the date Revelation was penned). Prophecy has always been peppered with “if” and “when” statements, largely because it is based on awareness. We humans tend to perish due to lack of vision… imagination, dreams, hope, unifying thoughts, pulling together, focus on commonality, actively looking for that which is good (Christ) and bringing it out in each other. This, is the action of Love. It produces unity. It doesn’t ditch diversity, rather, it puts it to work, so that we can see how we all function best together, holding each other up.

It seems so contradictory in a world where every religion claims elite status, every culture proclaims it is superlative, every specific identity seeks itself.

But I ask you, who believe you were made by Someone, where is it you most see this Someone manifest? Is it in the expression of your creed? Is it in those who lead your movements, religious or political? Is it on the faces of those who lobby for specific causes? Or is the most perfect expression of the One who makes us with so great a Love and Intention, who imagines the most amazing details of our individuality into pristinely recognizable discrepancy, so that you, are undeniably you, and I, myself - Is the most perfect expression of this One not in the obstinate Love of those who see that which is common, the human spirit, and love with their own personal autonomy he who is other as himself? Is that not the purest expression of the One and the surest way to place authority on the proper shoulders?

You are unhappy in your world? You are incensed by injustice? Fear threatens to overtake your sanity? Those who rule over you have too much power? You fear for your family? Anxiety grips you and weighs you down? Clarity evades you? You feel alone in your struggle against injustice?

Love. Return, first, gratitude to the Source from which Love came, revel in it, know the peace of it for yourself.  And then, Love your neighbour as yourself.

It is for lack of vision the people perish… So choose to see. Where you look tends to change your perspective. All is not lost. For we are all still here. All of us. Alive. Together. That looks like hope to me. The tiny slit of light at the crack of dawn. And in this moment, it is enough to make me look for more. And possibly, to let rest pervade and whirling thoughts give way to sleep.