A Woman Had Two Children 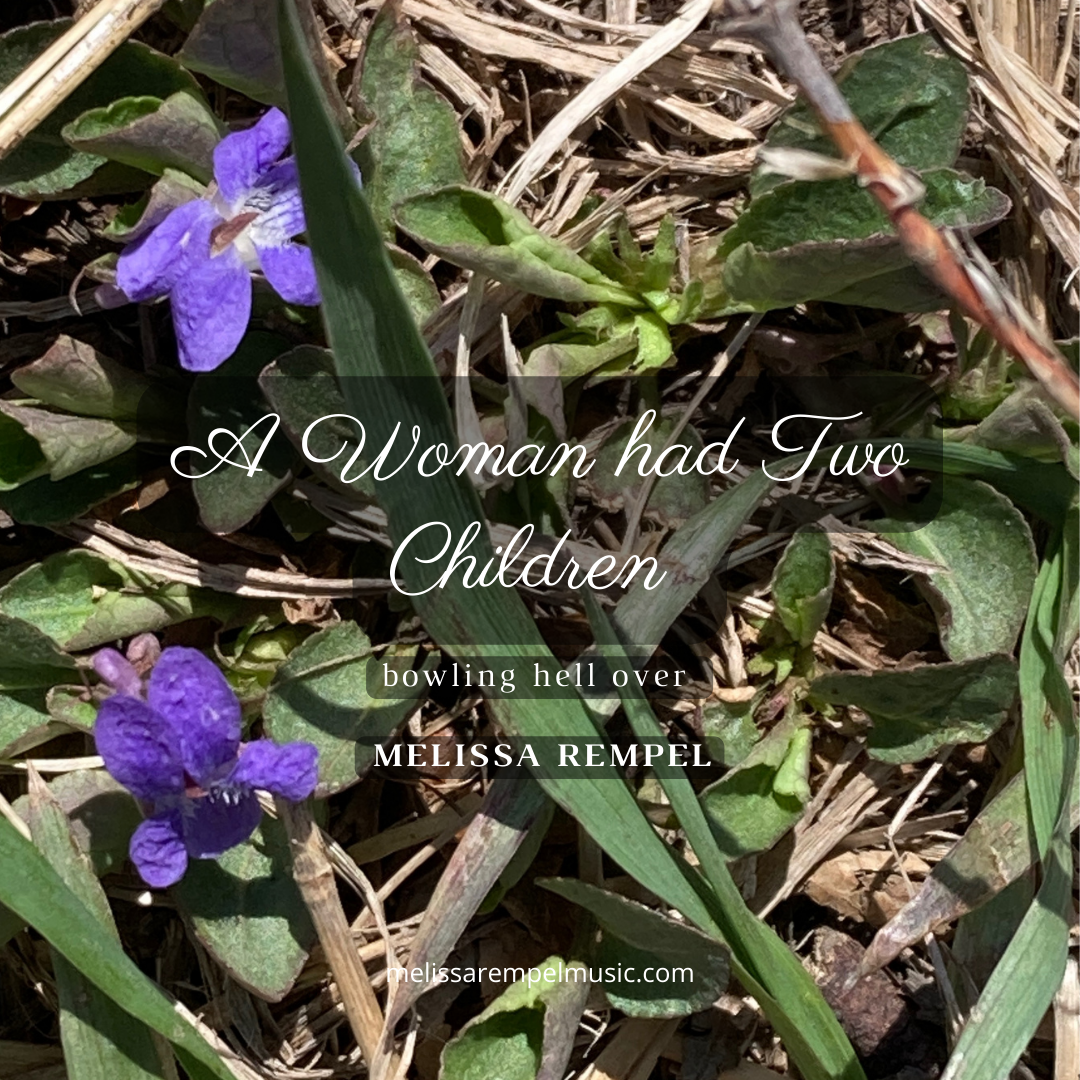 A woman had two children. One, could so easily see Love in all her facets, imagine God in all His wonder, and embrace a personal, caring being. The other was wounded early, utterly rejects the “Father” heart of God on the basis of her own internal scarring, and cannot see, despite the looking. In the space of this is my conundrum of the idea of hell. It has everything to do with the Loving character of a creative designer who “fathers” us all, and the nature of the humans such Love is so enthralled with. The all knowing quality of such a One is also food for thought in this discussion. Divine Father/Mother rejecting a child and subjecting them to torture because their wounds will not let them see Love clearly, and they behave defensively? You realize that is eternal conscious torment in a nutshell, do you not? Bad parenting.

But perhaps we do not understand our own humanity? The anxiety, for example that causes a child to cry when left alone to “self-soothe,” the fear in the anger behind a temper tantrum. The broken security that causes a child to perpetually test the boundaries. Kids aren’t evil, or even selfish, they’re wondering if they are seen and heard. They’re wondering if they are worth our time. Our “discipline” is not built on teaching a child how to regulate their more obtuse and invasive emotions. It is built on feeding the fear that attachment and love are earned behaviours, not intrinsic needs, which should be filled automatically by someone secure enough to be unthreatened by our panic and fear.

Human beings long to be held, to feel the beating of another heart. We get our sense of “ok” from others, especially when we are young, because we feel more than we are able to articulately express. Kids spend their infancy reading the room. They spend toddlerhood exploring the contribution of words and intonation to emotional climate. They understand their niche and the validity with which they take up space by our inclusion of them… not our scheduling of them. I would wager a child knows by the age of two if the grownups around them want to hear them speak or not.

How is our spiritual, inner child any different? What creates safety for that beautiful darling? It isn’t the description of the doctrinal version of the eternity’s time out chair… off of which no one ever slides into the comforting hug of heaven. No, it is the realization that the time out chair is the Lap of Love. It is safety, peace, embrace, the place where our spirit realizes the connection to the One and we experience the fruit of such a bond. Humans have tried to come at Love from positional badness and “original sin” for long enough. Such a stance is over 2000 years past its expiry date. The person most quoted to support the notion of hell spoke more about the awareness of an intrinsic, unrestricted internal “kingdom of God” than anything else. He spoke about the need to take the time to nurture that connection until it becomes as breath to us. He even encouraged us to “read the room” of the spiritual. To be still, to get comfortable being there because it is home. Not because it should be, or can be, but because it is that place in which belonging IS reality. He said all of this was already true, and then he was crucified. If I was bowling down hell pins, that would be pins two and three. We are hardwired for spiritual connection, and the one who supposedly died to restore connection spoke enough about its intrinsic reality and its pre-existing tangible humanity, that the religious leaders conspired to have him killed because they were losing control of their people.

Recall that the first pin, the kingpin for me, is that believing in hell paints God as a very bad dad. Which, he cannot be, or it would render him utterly untrustworthy.

Pin four and Five? The two greatest commandments. Love: yourself, and, your neighbour as yourself. Jesus did not say convert. He never said convert. He never said preach conversion. He said LOVE. Turn first, inward, and learn to embrace the wonder of… yourself. Strange, one might have thought that it would be to look heavenward and grasp the placement in the universe based on the grovelling one might do that the feet of the Almighty. But no… Love yourself, is the greatest of two summative commandments. And then, the challenge, to love your neighbour as yourself. See both of you as Loved. Behave towards them as you do towards yourself when you are willing to value yourself as your Maker does. It’s a bit of a kick in the pants for our ideas of hell, if you ask me. Levels the spiritual playing field. Makes discipline always restorative, always just, because the thrust of it is no longer putting one in one’s place, but rather moving one towards self Love.

And the ball that fells them all? No fear in Love. If everything that is, as Colossians suggests, made and held together inside the being of God, and God is Love without end, then what place has fear in our life narrative? None. Our relationship with our Maker is meant to be the most freeing, empowering, unconditionally loving, healing, beautiful embrace of life we experience. It is meant to be that which connects us to each other and removes the “us and them,” for in Christ, is no jew, or greek, male or female, slave or free, but rather, One collective expression of God clearly looked for and seen by one unafraid people. Unthreatened people. People who looked for you and I, and found, rather, us. Shared value, shared suffering, and shared Love that heals.

A woman had two children. She still does. Though one finds belief easy, and the other insurmountably difficult. She fears for neither child. Not because she trusts the illusive “god out there” to make this right in his mysterious timing, but because it is right, and it has always been right. There has always been a plan for dealing with wounded humans who hurt each other… and call those perspectives and actions sin. The heart of Love reveals the intrinsic, irrevocable identity of the ones patterned after himself, who at the very core of their being are themselves, Love. When that is seen, fear is gone. Bowled down by secure being, belonging, and attachment. I’m human on wonderful purpose. So are you. Love your neighbour as yourself. A woman had two children, after all, and both of them are Loved.